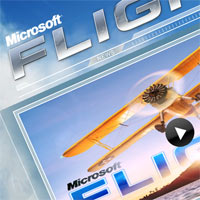 Microsoft has officially announced a new Flight Simulator that they are building called Microsoft Flight.

Speculation has been growing since ACES Studios was closed last year. Developers and flight simmers have been scrambling to make sense of why Microsoft would discontinue such a successful and longstanding game.

So, what’s the catch?

Hopefully the catch is something big and beautiful!

Here is what I’d like to see in the new Simulator. Because details are few right now, these are only speculative:

(Note the video is NOT real footage. It’s either CG (my guess) or in game footage!)

What would you like to see in the new simulator?

This article was posted in Blog, Flight Simulator